As I am writing this we are on a night train to Bucharest, Romania. it’s late, we’re getting ready for bed and I am realizing how far behind on the blog I am. So let me catch you up on our trip. So far, we’ve covered 5 Countries, none of which we’ve gotten passport stamps for *sad face*, 7 Cities, and have been going 27 days.

Days 18 – 23 were spent in Prague, Czech Republic. First impressions? 1. Touristy. Very, very touristy. And 2. Lads holiday destination. With Prague’s nightlife rivaling places like Greece and England, hoards of freshly turned 18 year olds, stag do’s, or just groups of guys away for a lads weekend are starting to flock to Prague.

I started getting sick on our second day there and ended up with a nasty cold for the whole time. So needless to say we didn’t get to do everything on our list. But we did do a great Foodie walking tour of both the Old Town and the New Town. It was a great combo of learning about Prague and tasting their local cuisine.

We also ‘Czech-ed‘ out Prague Castle/Cathedral, St. Charles Bridge, the Astronomical Clock (which was unfortunately under construction at the time), the Lennon Wall, the Dancing Houses and wandered around the Old Town.

{ The view from the Starbucks at Prague Castle } 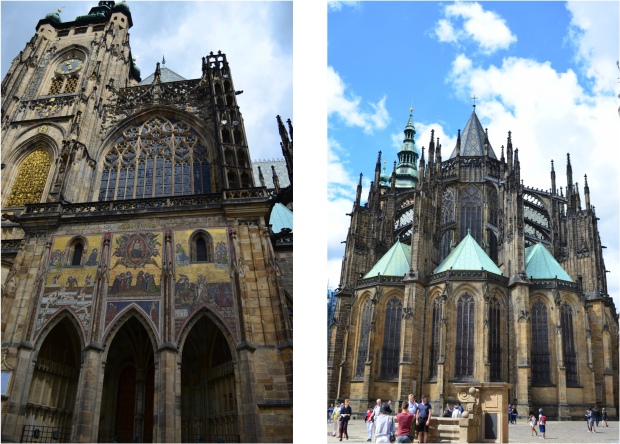 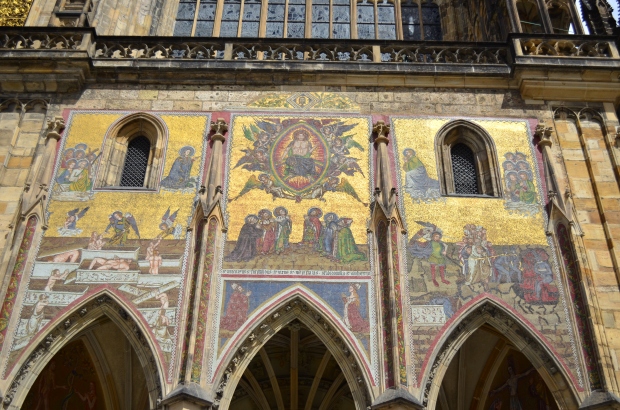 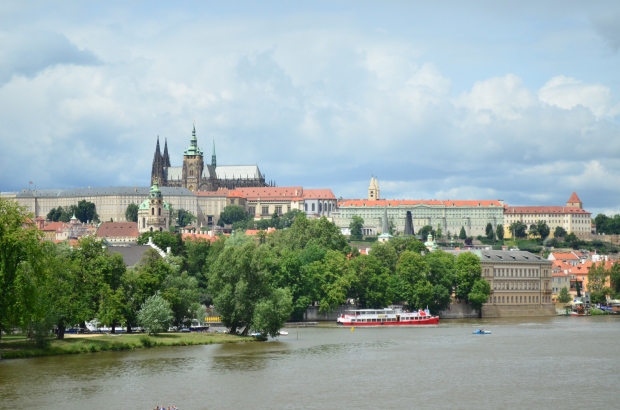 { On the right, a Trdelnik or Chimney Cake – Not the healthiest but definitely get one when in Prague (though they’re not a traditional dessert). }

Days 23 – 26 we were in Budapest. Budapest was beautiful, especially at night. We did mostly touristy things (unfortunately) while we were there. Visiting places like Buda Castle, Matthias Church, Fishermans Bastion, the Parliament Building, and the Ruin Bars. We also did a party boat cruise on the Danube at night, and we’re not sure what was better, the unlimited booze, or the views. 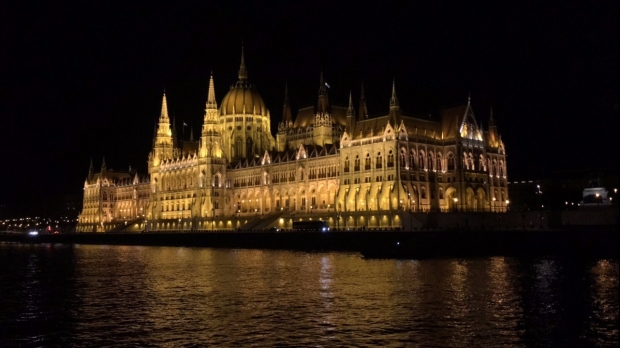 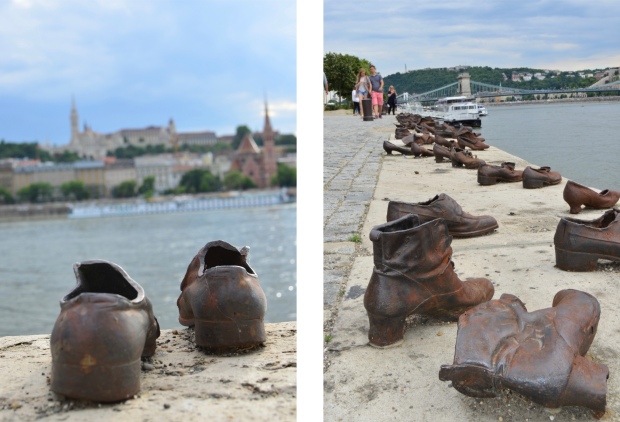 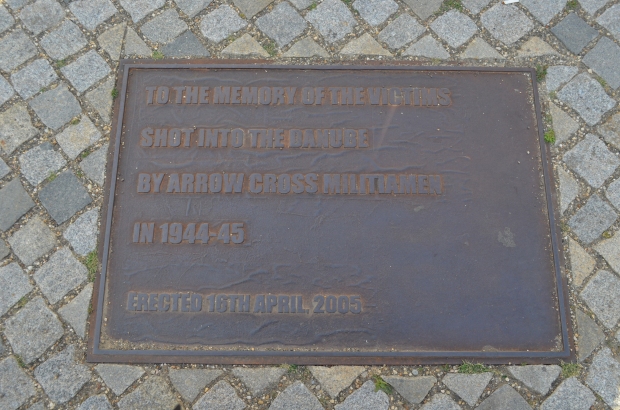 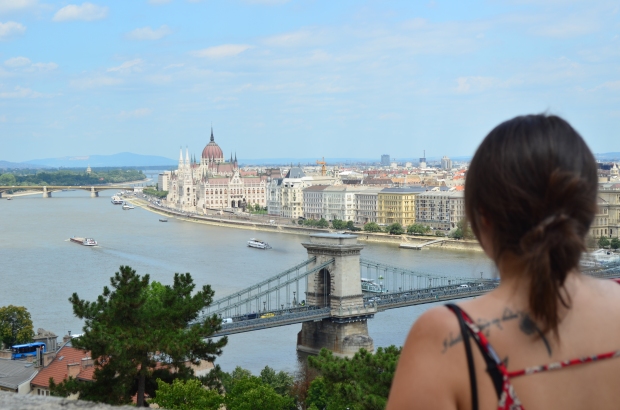 { The view from Buda Castle } 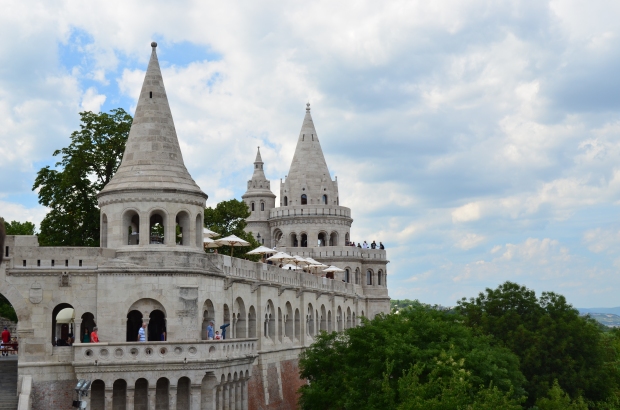 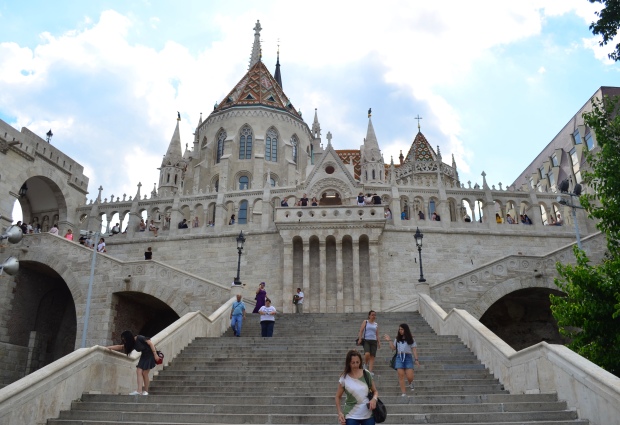 { The Ruin Bars in Budapest are something else! You have to check them our for yourself! }

And now we are in Bucharest, Romania. The idea is to get to Athens, but it’s been very complicated trying to figure out how to get there without flying. Not that we have anything against flying, it’s just more expensive than the bus and sometimes the train. We were originally going to go into Croatia but somehow we’ve found ourselves headed for Romania.

The plan now, is to go from Bucharest down into Sofia in Bulgaria, from Sofia to Thessaloniki, which is north-east Greece, and then from there down into Athens; all by train but broken up over several different train journeys.

We want to get to Athens by the 10th as we’ve already booked a hostel because most places were already full, super expensive, or sketchy. Fingers crossed we make it without any hiccups.